for the last year or two, i've taken my 35mm film camera to every dead show i've been to. here are the best shots i've taken. 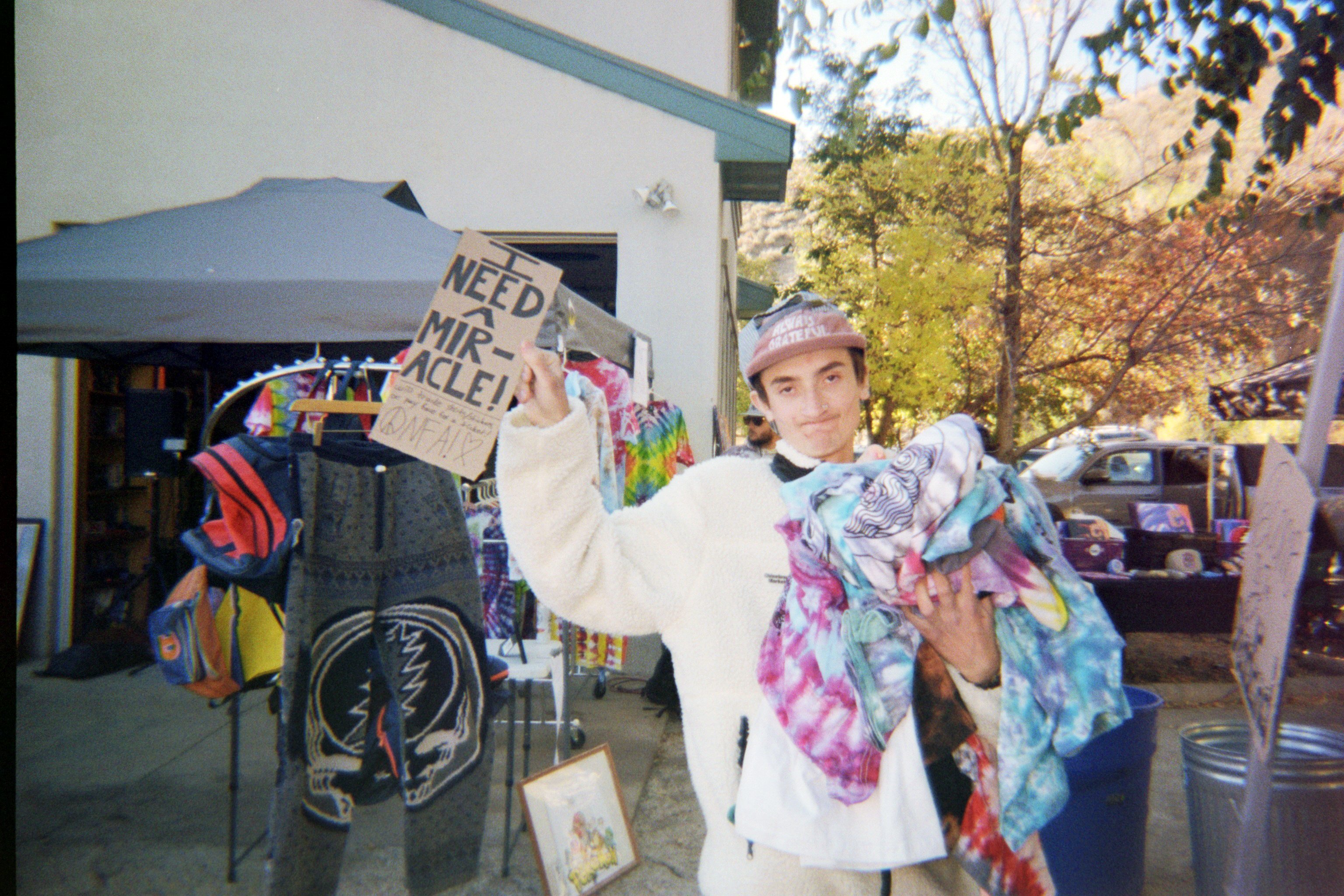 my friend tyler (@wauflehouse on instagram) looking for a miracle and selling handmade tie-dyes outside red rocks in 2021. self-portrait of myself the morning of october 20, before dead & co's second red rocks show 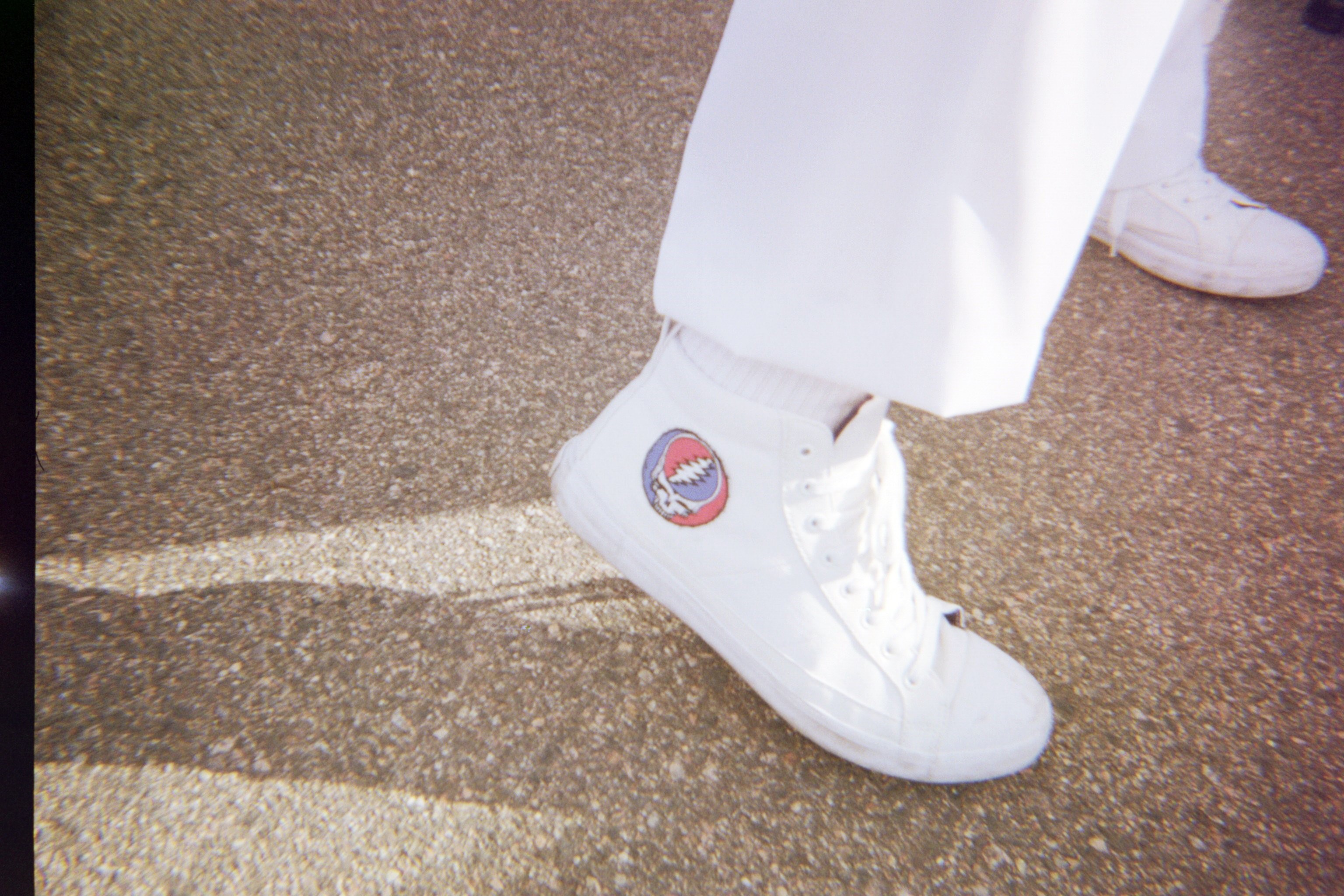 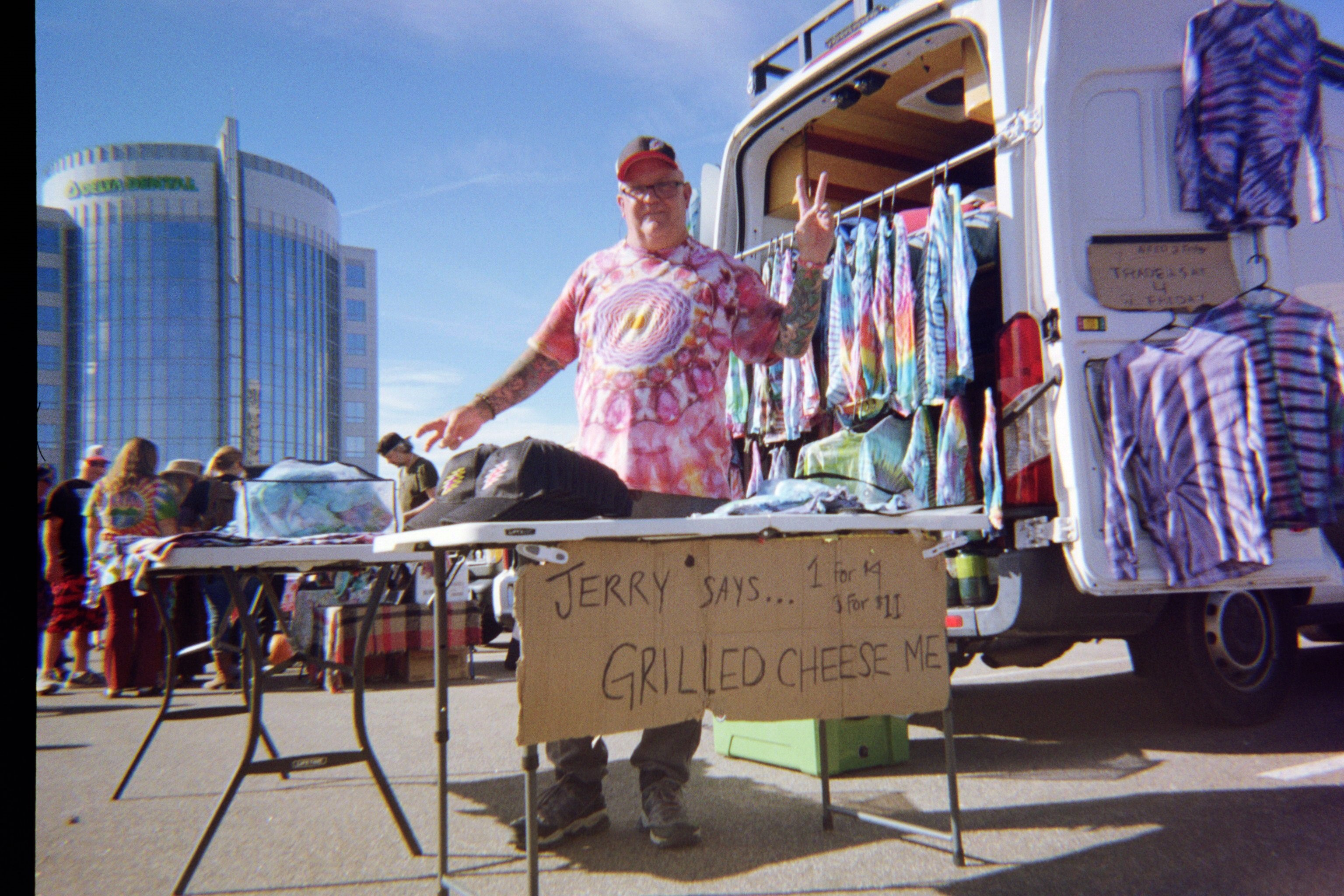 a road warrior poses in a devil mask atop his old chevy in the lot outside the ak-chin pavilion on 10/25/21. he'd hit every show on dead & company's tour to that point. 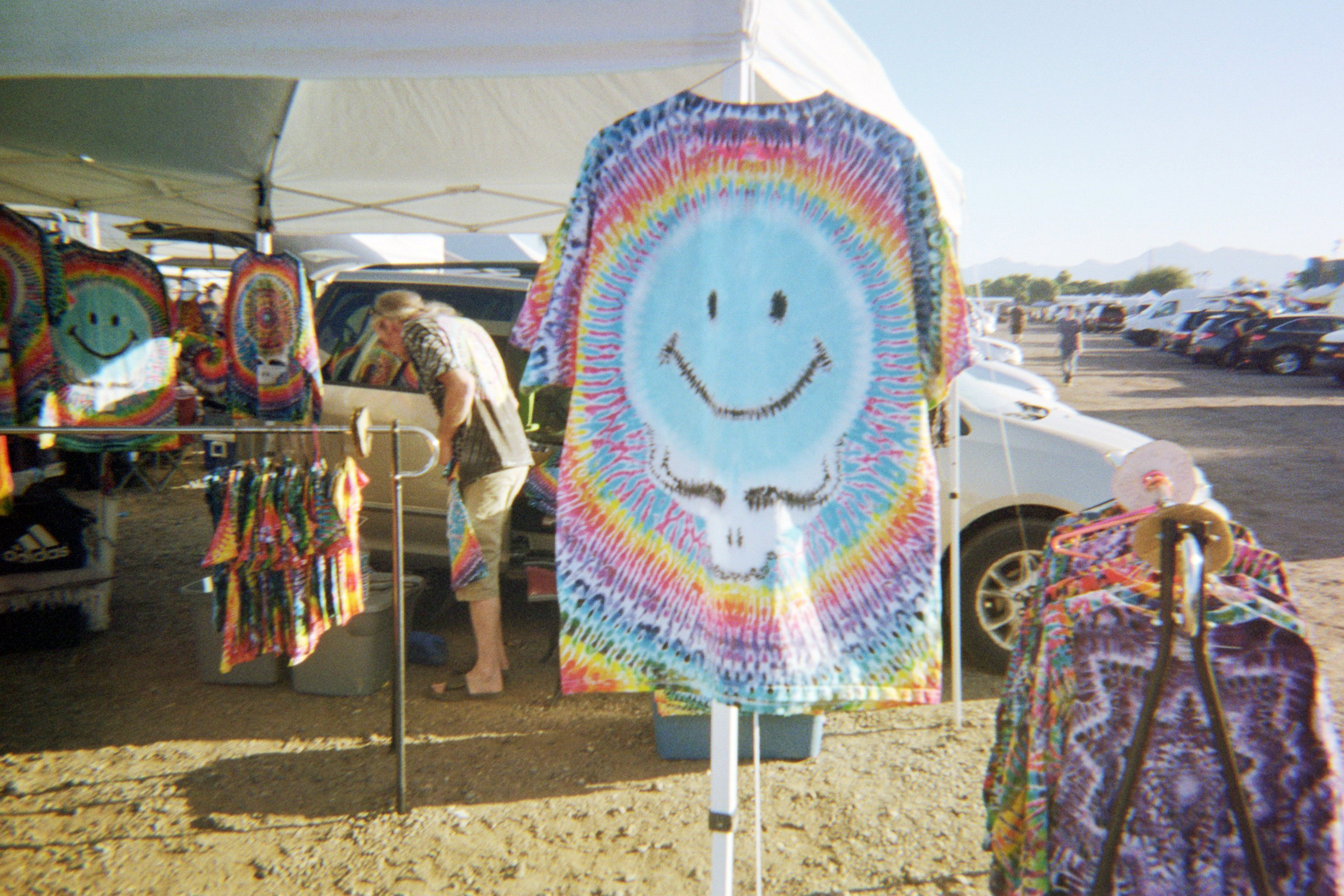 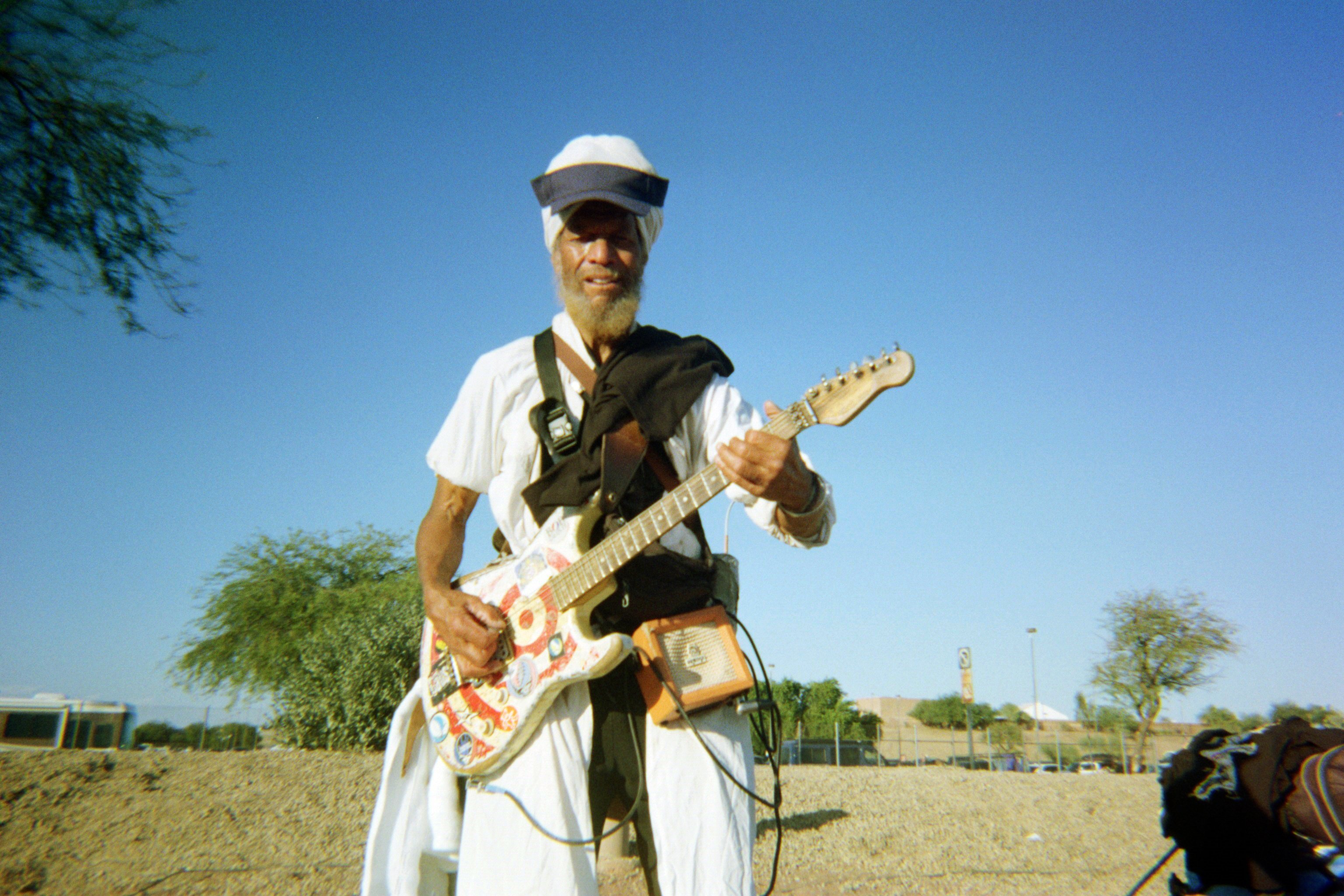 the world-famous harry perry jams and poses before dead and co's 10/25/21 show in phoenix, az. 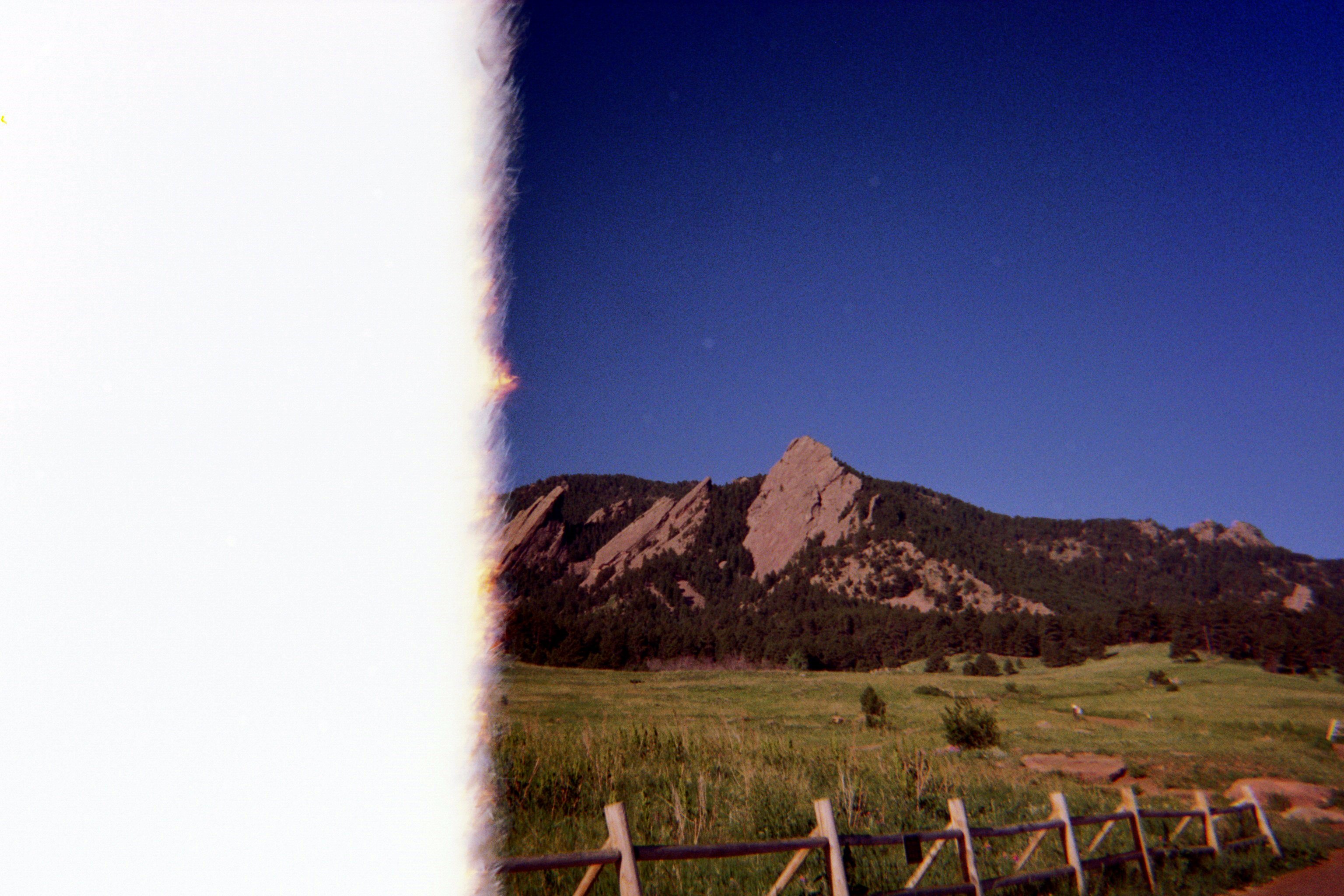 a light-leaked image of the boulder flatirons the morning of 6/17/22, before dead and co's show later that night. 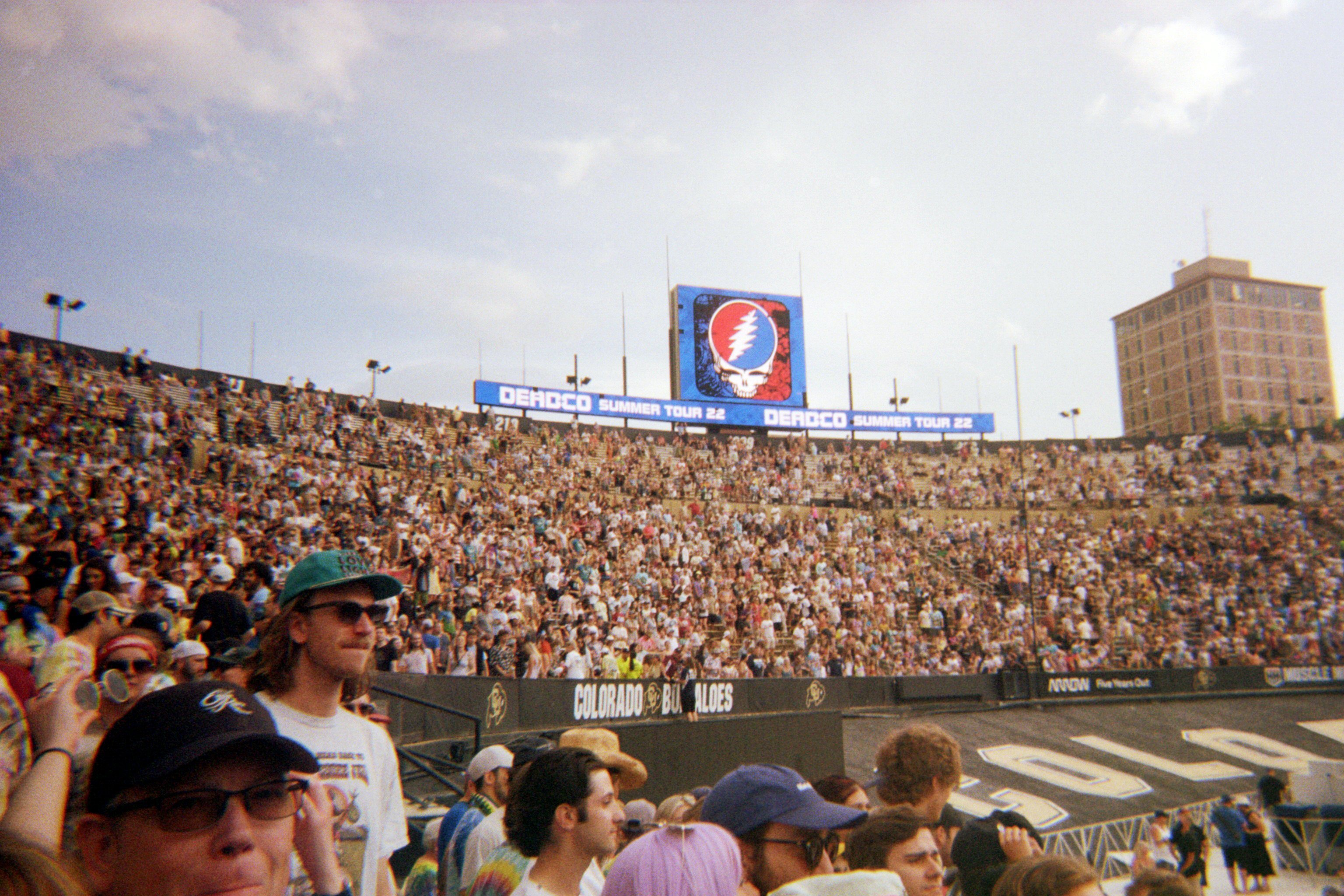 the seats fill up and the crowd boogies down as dead and co opens their 6/17/22 show in boulder, co. 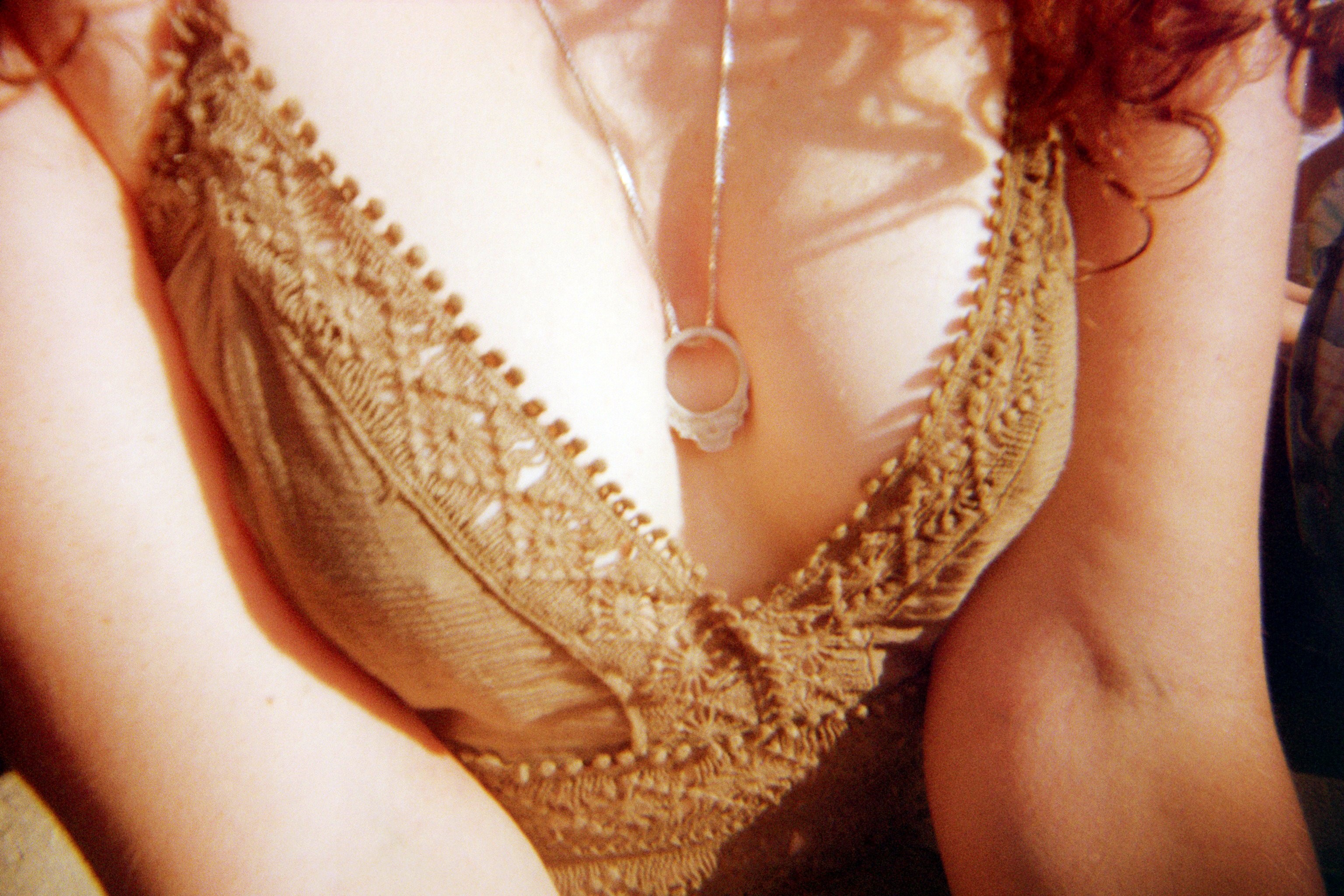 my friend karo showing off her steal-your-face necklace 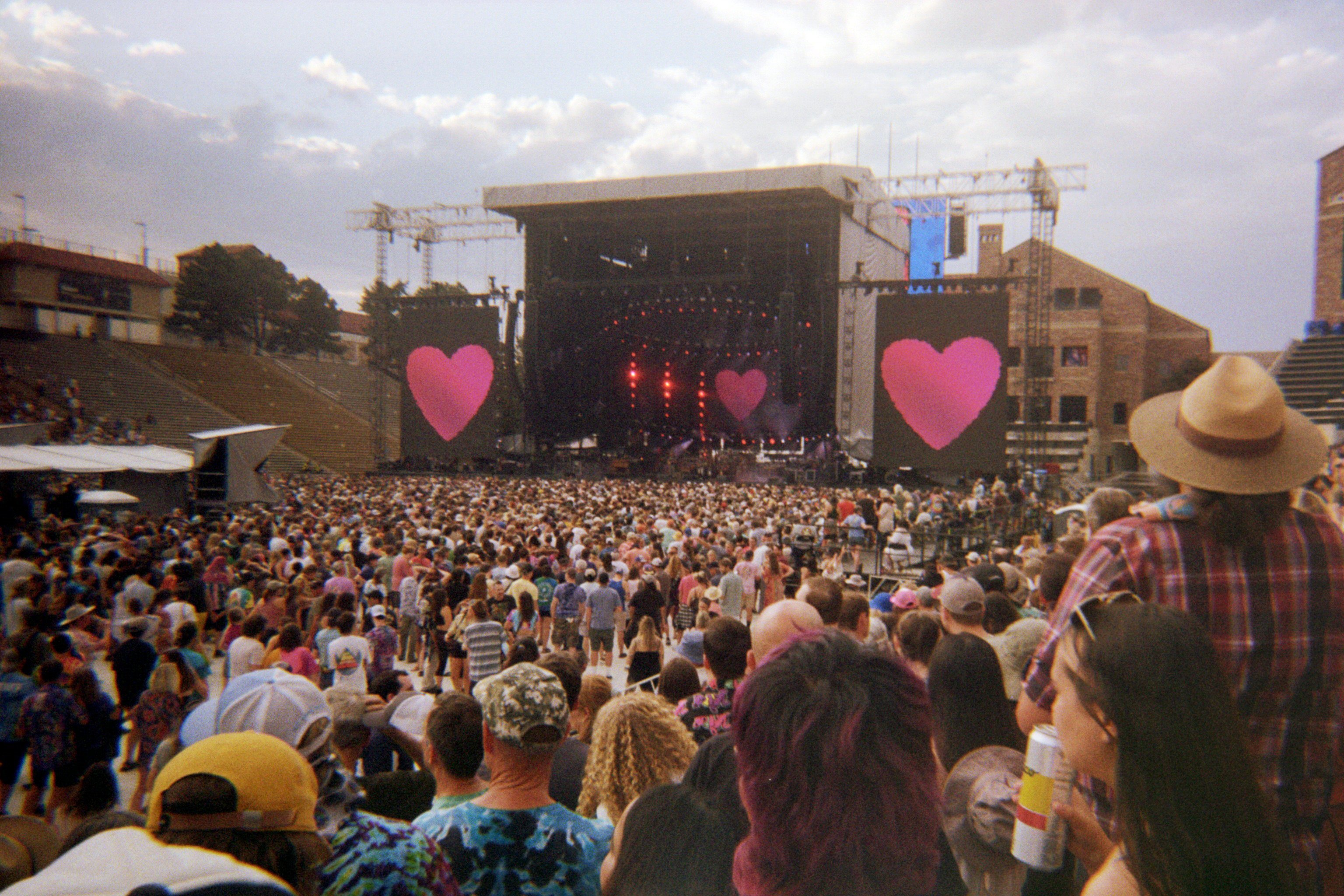